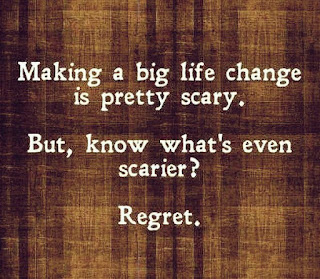 Into the penultimate day of the year. Twenty four hours remain before the sands of time runs out on the eve. An appropriate period to meditate and reflect on the past. And not just limit it to the previous calendar year.
On this occasion, due to recent happenings that has occurred within this final quarter, I found particular focus on the past half decade. In the final analysis, though there was joy to be found, there were also instances of regrets. Sadly, the latter cannot be undone. It is history.
The question I now face is this. Is the opportunity still there? Does it still exist? Or is it already too late to salvage and conjure up that one privilege that I now seek to redefine the future of my life and I? One that I may have awaken too late to realise.
It is all in God's hands now. For all of what I seek has chosen to be hidden in Him. Thus, the path to whether the hidden will be revealed and availed will be also only through Him and none other. To be deserving or undeserving, He will decide. If I am to be worthy, my courage to face inner demons has to arise to make a stand now against the conflicts that has cost me dearly in the past. Without such resolution, there will be no forgiveness of thy self, nor the healing.
Into the new year I will walk. A year of uncertainty for certain. Be brave, be fearless to challenge the shrouds of bleakness before you, I tell myself. Be bold to ask the Lord for strength to strive for what you want. For what I desire is the immeasurable treasure of the hidden and a lifetime in union with her to serve our Lord God, the Almighty.
May He hear my prayers.
May He heed my pleas.
This I ask in the name of my beloved Christ.
Amen.

Posted by millemeow at 7:26 PM No comments: